Sleep Spells: Every Entrance is an Exit

I once had a dog that mainly slept in doorways. Especially later in life, doorways were its preferred place of sleeping. I always had to cross over it when it lay, quite inconveniently in the doorway
sleeping with its hair all loved off like a stuffed toy with soft filling.

A doorway is meant for transition, marking the beginning of one space and the end of another. Some doors have keepers, protecting and claiming space. We rush through doors as we rush to sleep,
but where does the dreamer go?

The day my dog died, it also took its departure in a doorway.
We lay down to sleep as we lie down to die, and it is often in the night that sleep as well as death find us (†).

Perhaps to die like to sleep is one of the world’s most present moments.

Sleep Spells - Every Exit Is An Entrance consists of soft sculptural pieces resembling beds as portals to creep into. The work is made by a slow and precarious process of hand-dyeing textiles with chamomile and lavender. Viewers are encouraged to engage with the work. Central to the piece is an audio recording of a meditative performance lecture on rest as a soft form of resistance, contemplating on collective consciousness and the liminal space between sleeping and dying. As Ursula K. Le Guin noted in The Lathe of Heaven (1971):

Sleeping people are so remote… Right here, but out of communication. That’s what strikes humans as uncanny about sleep. Its utter privacy. The sleeper turns his back on everyone

This work was made possible by:
Rupert Residency
Statens Kunstfond 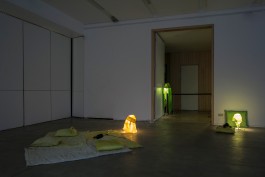 Sleep Spells - Every Exit Is An Entrance, Rupert Residency, LT, 2021 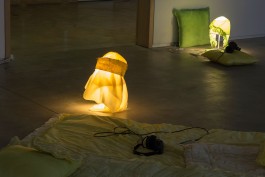 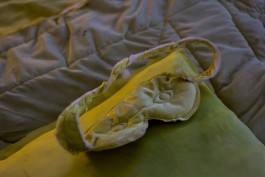 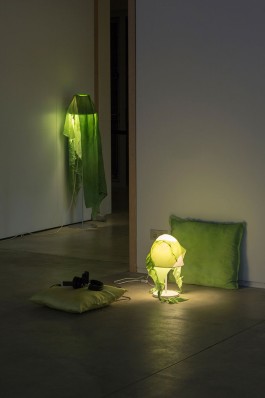 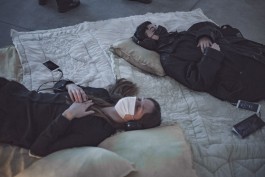 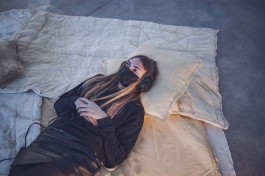